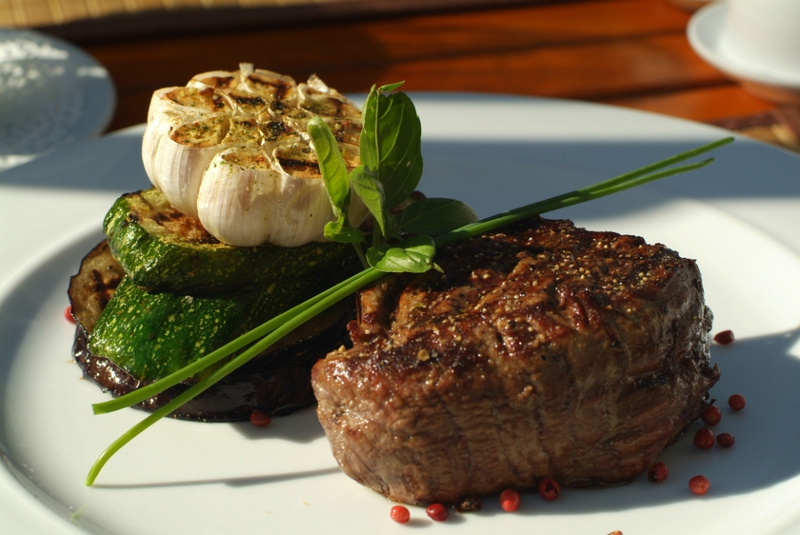 The advent of cooling technologies like refrigerators and freezers have made storing meat significantly easier. No longer do we need to either eat meat fresh in quick order, or use various methods of preservation to keep it edible for longer. With this convenience comes a greater potential for negligence and accidental consumption of spoiled meats.

The longer that you keep your meat in the fridge, the greater the chance that is will go bad. Depending on the circumstances your meat could go bad due to mold, bacteria or simply oxidation from the air.

Oftentimes meat is sort of “on the border” and it can be difficult to tell if a piece of steak should be tossed instead of eaten. In the situation that there is even a slight chance that the meat is bad, your best course of action is just to throw it out. The potential for making yourself or others sick does not outweigh the potential terrible illness.

Most manufacturers will label their meat with an estimation of when it will be safe to use it by. It’s usually labeled with “best by” or “use by”. These estimations are typically done in a hyper-conservative fashion. As such the meat is usually find a day or two after. Obviously if it’s a week or two past the date and the item has been sitting in the refrigerator, it’d be best to have that meat meet the trashcan.

Simply take a whiff of your steak and see what it smells like. Humans have been eating meat for a very, very long time and have keen senses that’ll alert you to meat that could make you sick. The meat could smell like sulfur or ammonia, sometimes even yeasty. In the case that it’s malodorous, toss it in the trashcan.

Touch The Steak & Take A Look

Next, touch the steak with your fingers and take note of the texture and consistency. If it’s slimy and sticky, and the fluid is viscous rather than fairly watery, that’s a bad sign.

The first thing that often alerts a steak user to the potential that his meat has spoiled is the color of the meat. This can actually be deceiving as a brown steak doesn’t necessarily mean that it’s bad, even as unpleasant to the eyes it might be. If the steak is brownish in parts, but passes the touch and smell test, it’s likely fine.